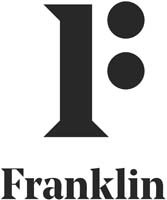 Michel Sapin advises on high-stakes domestic and cross-border matters of government and public sector law, especially matters involving the African continent. His wealth of expertise in anti-corruption law is an invaluable complement to the firm’s core strength in compliance issues.

Admitted to the Paris Bar in October 2019, Michel Sapin became a lawyer after a highly distinguished political career. After graduating from France’s prestigious Ecole Normale Supérieure (ENS) and Ecole Nationale d’Administration (ENA), earning a bachelor’s degree in history and a postgraduate degree in geography and graduating from Sciences Po Paris, he began his career at the Administrative Court in Paris before being elected to the French National Assembly to represent the first district of Indre (1981-1986), then Hauts-de-Seine (1986-1991) and again Indre (2007-2012). He went on to become Minister of State for Justice (1991-1992) then Economy and Finance Minister (1992-1993) under the Bérégovoy government, during which period the first law bearing his name was passed. He also served as Minister for Civil Service and Government Reform from 2000 to 2002 under the Jospin government, then as Labor and Employment Minister (2012-2014) and Finance Minister (2014-2017) under the François Hollande presidency. He also served as mayor of Argenton-sur-Creuse from 1995 to 2012, and as Chairman of the Regional Council for Centre from 1998 to 2000 and from 2004 to 2007. In October 2019, he joined Franklin as Senior Advisor

Watch
Michel Sapin
at:
Michel Sapin
has no upcoming speeches
Michel Sapin
is nomitated for ECEC Transparency Award with the project:
This is some text inside of a div block.
's Project will be available soon.